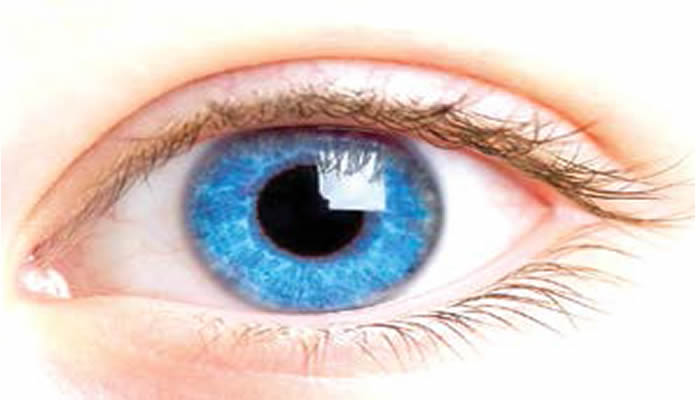 On On October 13, stakeholders came together across the globe to celebrate World Sight Day to bring global attention to eye health as a global issue. The theme for this year’s event was: “Love Your Eyes”.

In commemoration of the event, the Optometrists and Prescription Opticians Registration Board of Nigeria has prioritized the eye checking, diagnosis and treatment of motorists due to the nature of their work.

Over the years, Rotary, several non-governmental organizations in Nigeria and other international NGOs have stepped in to raise awareness and provide free treatment to many Nigerians.

The World Health Organization has noted that at least 2.2 billion people worldwide suffer from visual impairment or blindness. He added that a billion cases of visual impairment could have been prevented or had not yet been treated. Eye conditions affect people at all stages of life. However, young children and the elderly are the most vulnerable.

The WHO added that women, rural populations and ethnic minority groups were more likely than other groups to have visual impairment and less likely to access care. As a result, the number of people with presbyopia (short distance vision loss) is expected to increase from 1.8 billion in 2015 to 2.1 billion by 2030. The WHO World Vision Report and Resolution Nations on Vision reported that eye health was key to achieving the Sustainable Development Goals.

In addition, in the National Blindness and Visual Impairment Study in Nigeria, it was estimated that 4.25 million adults aged 40 and above suffered from visual impairment or moderate to severe blindness. Despite this challenge, Nigeria has 700 ophthalmologists to care for a population of over 200 million compared to the WHO standard of one ophthalmologist per 50,000 people.

Ophthalmology experts have reiterated that most eye conditions are preventable with proper care and regular eye exams. Further, they urged the government to engage in greater awareness and provide eye care facilities at primary health centers.

Commenting on the matter, Abdulraheem Mahmoud, Professor of Ophthalmology and Consultant Eye Surgeon at the University of Ilorin, Kwara State, said the day was an awareness measure to draw people’s attention to the causes of blindness, adding that blindness had been the greatest form of disability resulting in permanent disorientation.

The eye surgeon who described blindness as the inability to see beyond a range of three meters, said the disease affects more than one million Nigerians. He added that the most common/leading causes of blindness were cataracts accounting for about 40% and glaucoma while others were diabetes (including gestational), eye damage and neglected tropical diseases such as trachoma and onchocerciasis (river blindness).

Mahmoud also noted that with proper eye care, prenatal care and examinations, visual impairment and blindness could be prevented.

He said: ‘Cataracts should not cause blindness because when detected they can be removed with a simple 30 minute surgery. But some people are unaware of the disease and the treatment they can get. Also, early detection of glaucoma could prevent impending damage and stop the further deterioration it causes because its damage cannot be reversed.

“Blindness in children caused by ocular toxoplasmosis or premature birth can be prevented through proper prenatal care which could have detected the problem, providing urgent treatment from early childhood rather than resorting to blindness which is almost impossible to reverse.”

Mahmoud noted that people working in brightly lit places, glassblowers, the elderly, children, and people exposed to excessive sunlight were at higher risk for cataracts.

He advised the use of sunglasses to reduce sun exposure and visiting professional ophthalmologists, saying: “People over the age of 30 should ensure regular check-ups with ophthalmologists or optometrists for glaucoma early. When you notice something strange about your eye, don’t just wear glasses. Go for a proper eye exam. Every diabetic patient should be screened for eye conditions as they have comorbidity with eye infections leading to potential blindness. Pregnant women with gestational diabetes should also be screened.

“Primary healthcare centers should be properly staffed with an ophthalmology nurse or optometrist to test and treat underlying issues such as refractive errors and refer to surgeons if necessary. The government needs to engage more in advocacy, awareness and sensitization as some elites are not even aware of measures to avoid blindness.

In addition, a professor of ophthalmology at the University of Ibadan, Oyo State, Charles Bekibele, said that proper eye care could prevent blindness and certain eye conditions such as glaucoma, cataracts or other refractive conditions (conditions that can infiltrate without symptoms) .

Bekibele, who is also a consultant at University College Hospital in Ibadan, noted that eye health should be taken seriously as it is part of overall well-being. He noted that intermittently one had to use one hand to cover the eye to know the condition of the eye. In the case of glaucoma for example, which he says has no symptoms, a regular eye exam would expose it.

He advised people with eye defects to have their eyes examined when replacing their glasses to identify other potential eye problems, adding that people with medical conditions such as hypertension, diabetes, sickle cell disease, etc. were prone to eye defects and should go for regular checkups.

Regarding diet, the ophthalmologist noted that in general, diets rich in vitamins A, B, C and D as well as protein were good for maintaining good eye health, adding that vitamins could be obtained from fruits, vegetables and oils.

Bekibele said, “Vitamin A is essential for the eyes. It is found in palm oil, carrots and some other vegetables. In fact, palm oil is the richest source of vitamin A. Vitamin A deficiency causes night blindness and is common in the North where palm oil consumption is not very high. Eat foods rich in vitamins A, B, C and D because in addition to nourishing the eyes and the body, they have antioxidant properties that help reduce the effects of aging. The elderly or people who do not eat enough can take food supplements containing these vitamins usually recommended to patients.

He advised the government to pay more attention to low-income people and include them in the national health insurance scheme.

The eye doctor noted: ‘Market women and other low-income people should be part of the NHIS. They can pay a monthly token so that when they have health problems, they can access adequate treatment. In addition, primary health care workers can be trained in basic eye exams to get patients’ eyes checked without having to travel to teaching hospitals or specialists for care. Some problems can be solved with their help.

He added that people who worked in industries where they were exposed to harmful elements such as metal industries, sawmills, welders and cyclists/motorists were more prone to eye injuries. He advised them to take precautions by wearing safety glasses.

In her contribution, a clinical optometrist, Dr. Prisca Onianwa, said that the best way to take care of one’s eyes is to undergo annual eye exams, noting however that if one is at risk for certain conditions, it should be every six months.

She discouraged the use of self-medication and herbal concoctions, saying they could further damage the eye because herb ingredients were not properly measured or studied. She advised people with eye problems to speak with doctors rather than self-medicate.

Onianwa said, “Make sure you take the prescribed medication. In addition, most eye drops are to be used one month after opening. If you are asked to use it for three months, it means that you should use one eye drop per month. Rest is important. When you are well rested, your eyes will be fine.

The optometrist further urged the government to provide financial assistance and create affordable insurance schemes for all to avoid paying through the nose to see a doctor. She added that the government should organize campaigns to raise awareness about eye health and equip public hospitals with eye care equipment.