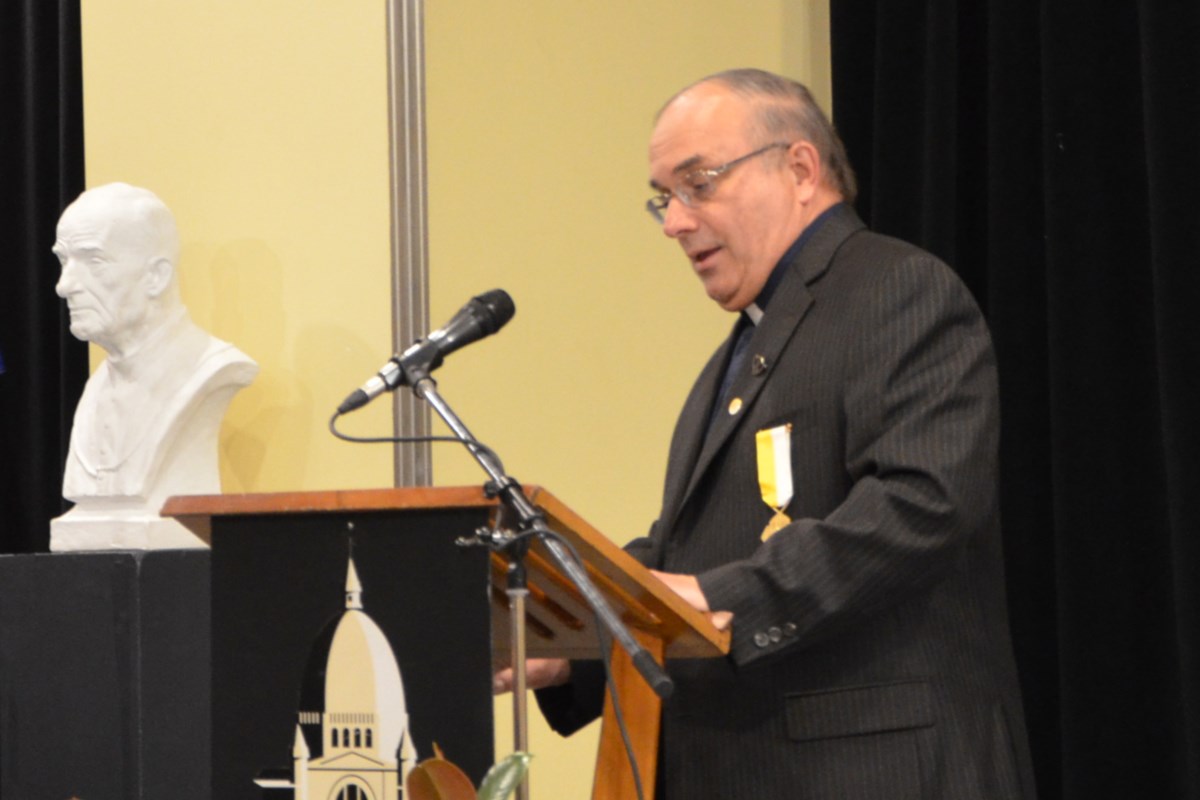 Father Pierre Labine founded VOSH Santa Cruz, a Montreal-based nonprofit that relies on volunteers and donations to provide free eye care to those who cannot afford it.

A Holy Cross priest with ties to Sault Ste. Marie was awarded the Meritorious Service Medal (Civil Division) for her role in providing eye care to the less fortunate.

Father Pierre Labine is recognized for his work as the founder of VOSH Santa Cruz, a Montreal-based non-profit organization that provides free eyeglasses and eye exams to people in developing countries. The award was officially announced on January 29 at Rideau Hall.

“It’s not just a one-man thing,” Labine said, when asked about his reaction to the recognition for his work. “I have a lot of volunteers and everything works – I don’t do this alone. I have a whole group of volunteers and people who are on these eye missions with us.”

The volunteer efforts of university students from Canada, Australia and the United States have enabled Labine to distribute more than half a million pairs of eyeglasses and provide eye exams and care to more than 200 000 patients worldwide.

Costco also picks up the glasses at all of its 100 optical centers in Canada and ships them to the VOSH Santa Cruz warehouse in Montreal.

“When you make two or three dollars a day on a salary, before you consider spending a few hundred dollars on a pair of glasses, you have to feed your family first.” said Labine. “We have a particular focus on children and teenagers, so we make sure that if we don’t have the glasses with us, we bring the prescriptions back here and we make them here – and then I find ways to bring them back to their.”

“We bring in plastic frames and then the machine sizes the lenses to fit the new frames, so we can combine the lenses,” Labine said. “We try to give the best prescription possible.”

In addition to its global missions, VOSH Santa Cruz collects parts for glasses and other eye care materials and ships them to eye clinics in Guatemala, Nigeria and Haiti that have been established by VOSH International, as well as other groups worldwide.

“VOSH International has founded optometry schools in different countries to train local doctors there, so I also send materials – eyeglass frames and stuff like that – to some of our permanent Vosh clinics,” said Labine said.

VOSH Santa Cruz hasn’t been able to travel since the COVID-19 pandemic took hold, but Labine says the organization will travel to South America in late July. Volunteers will collect referrals and bring them back to Canada for another group that will fly out of Edmonton to perform eye surgeries in September.

“All the referrals, we take them back with us and send them to another group of eye doctors, so when they get there they don’t have to do eye exams – they just have to do direct surgeries, so they can do three times as many surgeries because they already have all the patients lined up,” he said.

The former Sault resident and student at St. Mary’s College still has siblings who live in Sault, but has lived in Montreal for years since entering the Catholic community through his parish priest.

These days, Labine works in the parish and in a house with seminarians, while maintaining the VOSH Santa Cruz and serving as an administrator at the provincial house of the Catholic community.

“I have some business going on,” he laughs.

VOSH Santa Cruz has set up a GoFundMe page for monetary donations due to rising costs and lack of fundraising opportunities during the COVID-19 pandemic.