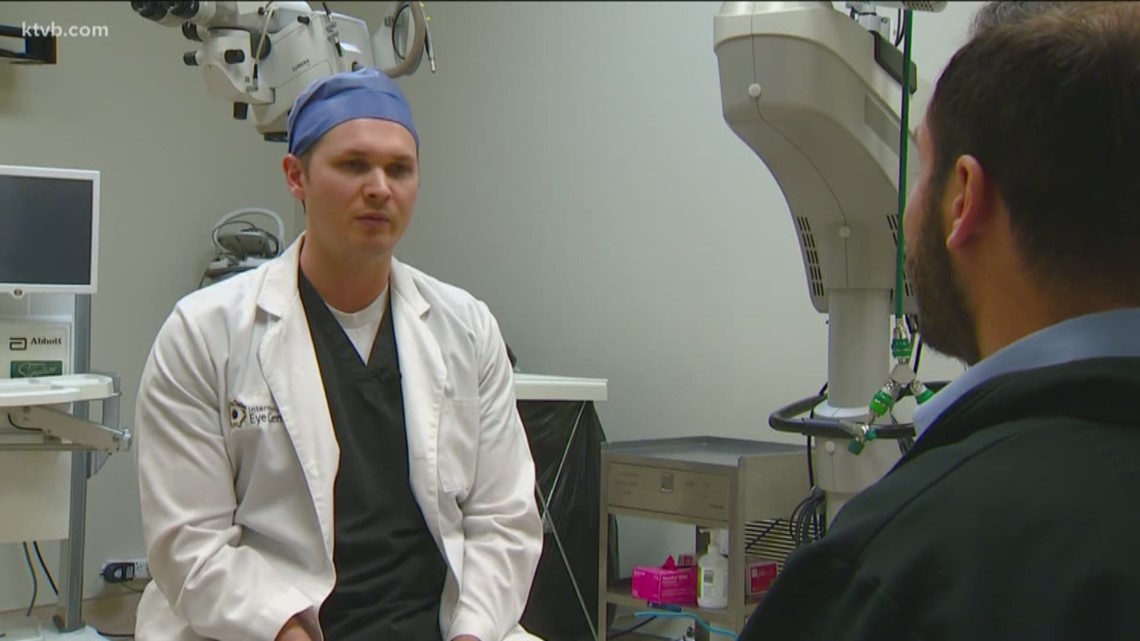 Eye doctors are speaking out after seeing Bill 317, which they say could allow optometrists to perform surgeries for which they are not properly trained.

BOISE, Idaho – Do you know what kind of doctor your eye doctor is?

There are concerns that a new bill from the Idaho Statehouse could allow some eye care professionals to do things some say they are not qualified to do.

Before we get to Idaho’s controversial eye doctor legislation, let’s make sure everyone is on the same page about what kind of “eye doctors” there are.

There are ophthalmologists and there are optometrists.

Ophthalmologists are physicians who complete four years of medical school followed by a multi-year surgical residency.

Optometrists are not doctors, but rather have specific training that deals with basic eye care like exams and contact fitting.

Dr. Brent Betts, an ophthalmologist at Intermountain Eye Centers in Meridian, says Bill 317 would in part allow optometrists to perform laser and scalpel surgeries for which they have not been properly trained.

His biggest concern is the difference in educational level between ophthalmologists and optometrists.

“We spend an average of 12,000 hours over our four years managing eye disease and that’s something that’s hard to replicate in a weekend course, which is usually what’s needed for that optometrists in other states gain surgical privileges,” Betts said, adding that only a small minority of states allow optometrists to perform surgery.

House Bill 317, introduced to the House Health and Welfare Committee by Kelley Packer of the Office of Professional Licensing, recognizes that there are several procedures that optometrists should not do.

“We were happy with those parts of the bill, but the open nature of it concerns us,” Betts said, noting that the bill leaves room for optometrists in Idaho to do things they really should not without training.

The bill outlines the qualifications needed to use therapeutic lasers as an optometrist, but these requirements are well below medical school and residency training.

The bill could allow an optometrist to study and pass a therapeutic laser test so they can perform certain procedures, but again, Betts says there’s a huge difference between being able to pass a test and go through medical school and get all the proper training.

“It’s just about recognizing the things that you see, when you do surgery, you see complications that you can recognize when things go wrong,” he said. “If you’re not doing surgery, it’s harder to recognize things you’ve never seen before.”

While some may argue that some eye surgeries are routine and not overly extensive, Dr. Betts says that doesn’t mean people who aren’t properly trained to do them should do them.

“There are very serious, potentially blinding complications, if not treated and recognized early enough, patients can go on to permanent blindness,” Betts said.

KTVB contacted Kelley Packer, who introduced the bill, for comment. She did not immediately return calls from KTVB.