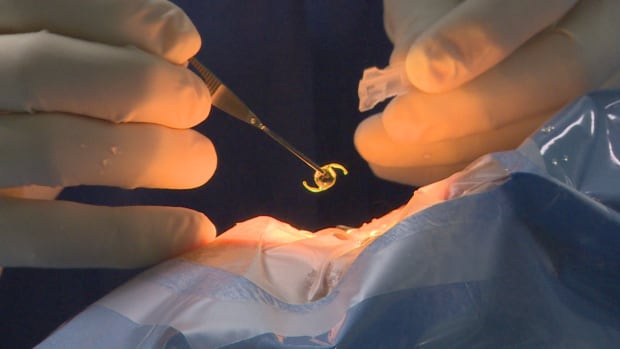 BC ophthalmologists are taking the Medical Services Commission and the Ministry of Health to court to stop the province from trying to cut fees paid to ophthalmologists for cataract surgery.

Doctors allege in court documents filed in late September that the province is reducing the amount paid for cataract surgery and lens implants from $425 to $350 starting Oct. 1.

They argue the decision is ‘unreasonable’ and ‘lacks justification, transparency and intelligibility’ because ‘no final and binding written agreement has been reached’ and they claim the ministry failed to consult with health authorities as required.

Dr. William H. Johnston, a Nanaimo ophthalmologist and co-chair of the British Columbia Society of Eye Physicians and Surgeons, filed an affidavit in support of the motion.

The cut comes after the department already cut fees from $533 to $425 in 2012, he says in the affidavit, adding that it will cause difficulties for eye specialists as they face higher overhead costs. high and to patients as waiting lists grow.

The lawsuit seeks to stop the implementation of the fee reduction.

The Department of Health has yet to file a defense, but in an email to CBC, a spokesperson said the fee reduction took effect Oct. 1.

Cataracts are described as “a clouding of the lens” inside the eye and occur frequently with age.

In cataract surgery, the cloudy lens is removed and replaced with an artificial lens to restore clearer vision.

The ministry has been trying to cut fees for several years, arguing that the surgical time required has been drastically reduced as technology improves and doctors can perform many more surgeries in a day.

Doctors say their own data shows it takes an average of nearly 40 minutes to perform the surgery, including pre- and post-operative procedures.

28 operations in one day

The affidavit says there has been no new technology since the last cut in 2012 and more and more patients are choosing custom lens implants which require more time.

It also indicates that overhead costs, including staff, equipment and ongoing training, account for approximately 45-50% of costs and that there are nearly 22,000 people waiting in British Columbia for one or often two cataract surgeries.

The documents describe the back and forth between the ministry, the Doctors of BC, the profession’s umbrella organization and society as they discussed and disagreed over fee reductions, saying it “would likely have a chilling effect on cataract availability”. procedures.”

They also claim that the proposed combined fee of $350 would be much lower than the lowest fee paid in Canada and lower than the reduction proposed and abandoned by the department in 2012.

The current fee of $425 includes $336 for cataract extraction and $88 for lens implantation.

The Medical Services Plan (MSP) Blue Book, available online, shows that the 10 most profitable doctors – out of more than 10,000 practicing physicians in the province – are all ophthalmologists, charging between 2.2 and 3.6 million dollars last year.

Health Department documents attached to the court filing show the province is seeking to level the disparity between surgical specialties, arguing that ‘productivity gains in cataract surgery have benefited the provider’ while taxpayers pay more .

Johnston’s affidavit, however, states that the fee reduction will cause “irreparable harm” as there will be fewer surgeons willing to perform cataract surgeries in British Columbia, there will be fewer frequent replacements of expensive equipment, the refusal of ophthalmologists to handle complex cases that could take longer than 39.5 minutes and patients risk blindness as waiting lists for surgery grow longer.

None of these claims have been tested in court.

With files by Jason Proctor